I didn’t think it was a good idea to host my own DNS server back in the day. Was always thinking in the back of my mind that people would DDoS it. Well, one day I exposed my Raspberry PI-hosted DNS server to the internet intentionally, and that’s exactly what happened.

For a few years now, I’ve been hosting my own DNS server on my LAN using PI-Hole, which is basically a DNS server which blocks all ad-related traffic. It saves a lot of time loading pages and prevents ads from showing up everywhere on my computer, including in-game ads on my phone. Was great! I wanted to take it to the next level and host PI-Hole on the internet. Yes, PI-Hole was made for the Raspberry PI, but it was indeed compatible with other Linux-based operating systems such as Debian, Ubuntu, and CentOS. I opened up my PI to the internet to allow my phone and other devices to connect to it from anywhere. This way, I would never get ads no matter where I was. The disadvantage, of course, is that extra hop I have to take when making a DNS lookup from my devices to my house. Was there a difference? Yes, a little, but I still think it was worth it.

I made the mistake of just opening port 53 with no type of rate limiting or dropping of IPs if there was a DDoS or some type of DNS amplification attack. I thought, what’s the worst that could happen? I was being DDoSed by an IP in Hong Hong. I closed the port immediately and then read up on some steps I could take to somewhat prevent it from happening again.

After the above steps were completed, my cloud-hosted DNS service was working wonderfully. It’s actually working much better than the PI hosted at home, with roughly the same speeds, even with that extra hop. Anyone is welcome to use it. Please message me if you would like the IP.

For questions about the complete Puppet configuration setup, please email joseph@josephziegler.com and I'd be happy to provide that information. 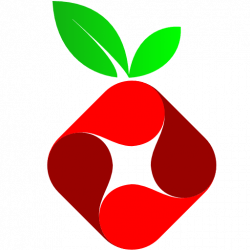 Freeing Up Space in the Linux Boot Partition