On most weekends, I am on the computer doing personal tech-related projects, watching random videos on Youtube, or even thinking about what I should be doing next with one of my Raspberry PIs. Tech is not only my job, it’s my hobby. Since this weekend is a 3-day weekend, I could have done a fairly large project, but instead, I decided to give the computer a break. This weekend, I am spending a lot of time with my wife and doing other things I enjoy. I really enjoy the outdoors and I was always outside when I was a kid. I spent every day outside during the summer time during summer break and even worked outside during the summer at previous employers. I really had a blast. If there was such thing as a job relating to working on computers outside, I would totally take it :p What sorts of things do I like to do outside, you ask? To name a few, gardening/landscaping, hiking, adventures into caves (lava caves), camping, and much more. Sure, I have some bucket list things to do too such as skydiving and zip lining, but there is always enough time to do those in the future. Someday. Out of the things I like to do, so far I have done some landscaping this weekend. 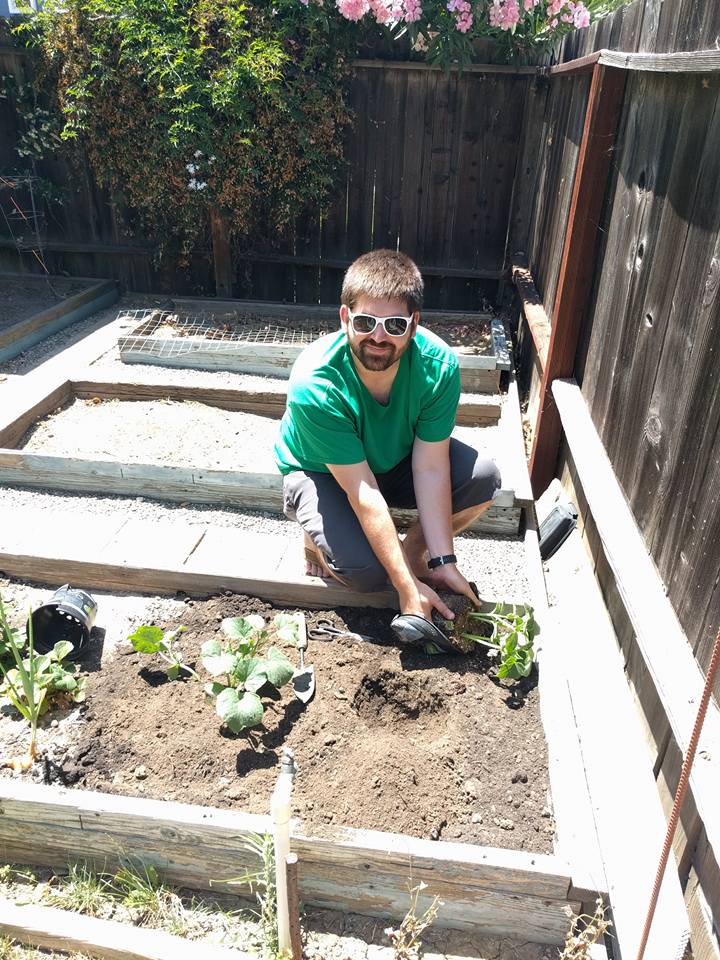 I put in some new cucumber and tomato plants in our backyard. I also fixed some sprinkler heads that have gotten nicked over the years by the lawn mover. Working on yard irrigation sometimes takes some time getting use to, but after you do it for a while, it’s like riding a bike. Why does it take practice? Well, if one sprinkler could water an entire yard in one shot, great; however, it doesn’t work that way. Yards come in all shapes and sizes with corners, rounded edges, too much shade, too much sun, etc. When you position a sprinkler, how do you know it will water all of the lawn / flowers in front of it? What type sprinkler / sprinkler head do you have, how much pressure is there is in the line, will the other sprinklers overlap to allow sufficient watering? Many things I think about when it comes to watering. If I see a brown spot, I know something has to be adjusted. I bring this up because it’s somewhat related to what I do for a living. When building servers, what is its role or how much memory or CPU cores does it need to provide sufficient stability for the application(s) running? If a server starts using swap, I know something has to be adjusted. I love thinking about things that require challenges. I also managed to fix my barbecue. It’s been broken for around six months, not knowing what the cause was. It appeared that gas was not flowing through all of the flame tubing properly, causing the gas to ignite near the control valves (was scary). Sure enough, after much elbow grease, I managed to take some rusty things apart and confirm there was a blockage cause by spider webs. Thanks spiders. I can’t have a 3-day weekend without a BBQ. Since it is Memorial Day weekend, I would like to thank everyone who has served for our country, those who have past, those who are currently serving, and those who have served.

How to make Windows USB flash install media from Linux